HANDS ON: MONTBLANC SUMMIT 2 PLUS REVIEW 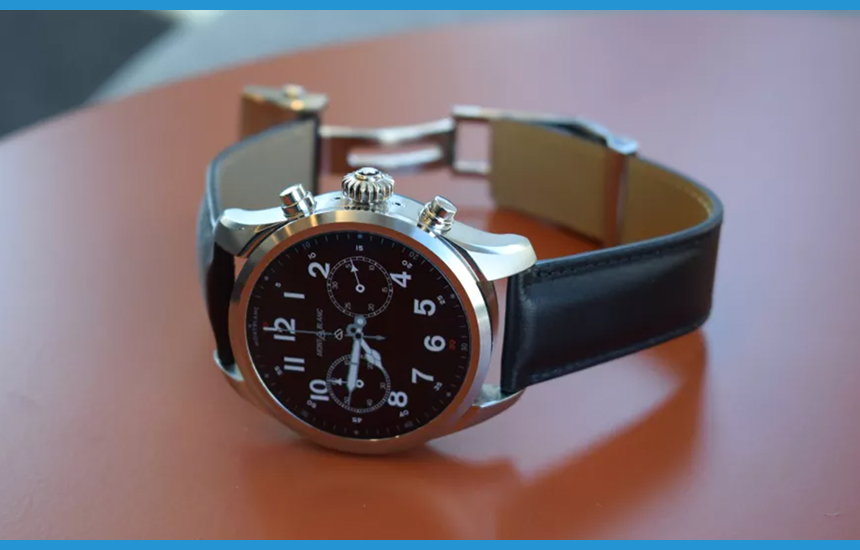 EARLY VERDICT The Montblanc Summit 2 Plus adds LTE to the mix, boosts the battery and makes other small changes, but is held back slightly by an aging chipset and a very high price. Still, it wouldn’t be a Montblanc if it was cheap.

A SLIGHT UPGRADE AT A HIGH PRICE

The Montblanc Summit 2 Plus adds LTE to the mix, boosts the battery and makes other small changes, but is held back slightly by an aging chipset and a very high price. Still, it wouldn’t be a Montblanc if it was cheap.

Apple still hasn’t flattened the luxury watch market, despite its best ongoing efforts, and until it does we’ll continue to see brands like Tag Heuer, Frederique Constant and Montblanc fend off its advances with smartwatches that offer something more traditional.

More than that, the Summit 2 Plus has been given a face lift and a few other small tweaks. Here are our initial impressions.

The Montblanc Summit 2 Plus will be available from April. We only currently know the US price, which is $1,170 (roughly £900 / AU$1,780), though that’s before you factor in the monthly data cost if you’re going with LTE.

It’s a lot of cash, but remember that luxury is Montblanc’s entire USP.

For the Summit 2, Montblanc managed to squeeze the components into a unisex 42mm case size, but going plus-sized on the specs now means bumping up the design, with the Summit 2 Plus coming in at 43.5mm, with a 1.28-inch AMOLED display.

It’s not a drastic difference to 2018’s model, but it is creeping into that larger territory which may put off some people, particularly those with smaller wrists. It’s actually a tiny bit thinner than the Montblanc Summit 2, but it’s so negligible you won’t notice it.

The watch comes in four finishes: black DLC (diamond-like carbon) steel, stainless steel, rose gold steel or bronze steel. The good news is that all four cost the same, and Montblanc is offering a variety of leather and silicone straps to mix and match with.

The black steel is probably the only option that can conjure a sporty look when combined with a silicone band; the others are a bit too luxe glam to pull it off, but they all look good and share the same raft of health and fitness features.

So, there’s good and bad news here. The good news: the Summit 2 Plus comes running the latest Snapdragon Wear 3100 chipset with 1GB of RAM. The bad news: those are the same internal specs as the 2018 Summit 2, which means it’s running on the same tech as a watch that’s 18 months older.

To be fair, this isn’t the fault of Montblanc, which is technically still using the most cutting-edge Qualcomm smartwatch technology available. Qualcomm’s progress in smartwatch technology has been excruciatingly glacial and the 3100, announced in 2018, was far less of a leap forward than we had anticipated.

The better news is that the battery has been upgraded from a 340mAh charge to 440mAh, so that it can handle the extra drain of LTE.

Speaking of which, the Summit 2 Plus is an LTE watch that’s also running Google’s Wear OS, which makes it an incredibly rare breed. We’ve seen very few of these, and the ones we’ve tried haven’t convinced us.

Apple’s had more success with LTE smartwatches, but that’s largely because of the way it has weaved it into the Apple Watch software and hardware. But because every Wear OS smartwatch is a mishmash of ideas – Google’s software, Qualcomm’s chip, the watch manufacturer’s design – it doesn’t feel as elegantly put together.

At launch, LTE will only be available through Verizon in the US and Vodafone in the UK (along with some networks in France, Spain, Germany and China), although Montblanc told us it hopes to add more providers in the future.

We weren’t able to test out the LTE in any meaningful way during our demo, but we’re fascinated to know how it will perform in the wild.

Montblanc has also added a speaker and microphone to the side of the Summit 2 Plus, so you’ll be able to make and receive calls when away from your phone.

But we’re more interested to see how the LTE impacts battery life. Montblanc is promising a full day with the LTE running, so we’ll see. You’ll apparently be able to stretch the battery life to a maximum of five days if you enable the low-power mode, which deactivates the smart features and simply shows you the time.

While LTE is the big new feature here, there’s plenty on offer for those who don’t want the data connection. There’s a heart rate monitor and built-in GPS (also found on the 2018 Summit 2) and, like the Summit 2, Montblanc has peppered some of its own micro apps into the Wear OS experience.

The new watch comes with an app called Timeshifter, designed to give travelers advice on how to minimize their jet lag. There’s a stress-tracking micro app too, which presumably extracts heart rate variability data from the sensor.

And you’ll also get access to Montblanc’s Travel Info app, which serves up some local knowledge on any area you’re exploring.

These should give you a sense of the type of user Montblanc is shooting for. But you might also wonder… why not just call this the Summit 3?

Daniel Arfi, Montblanc’s senior product marketer for tech, told us that Montblanc worried that calling it the Summit 3 would suggest the Summit 2 is dead, when in fact it plans to continue selling that watch

The Montblanc Summit 2 Plus is an undeniably gorgeous smartwatch, but it’s less of an upgrade than we had hoped for.

Without extensive testing we can’t speak to its LTE abilities, but with so few Wear OS watches offering this feature right now, we’re all the more intrigued to see if Montblanc can convince us it can work. Because if we’re honest, right now, no other Wear OS watches have. 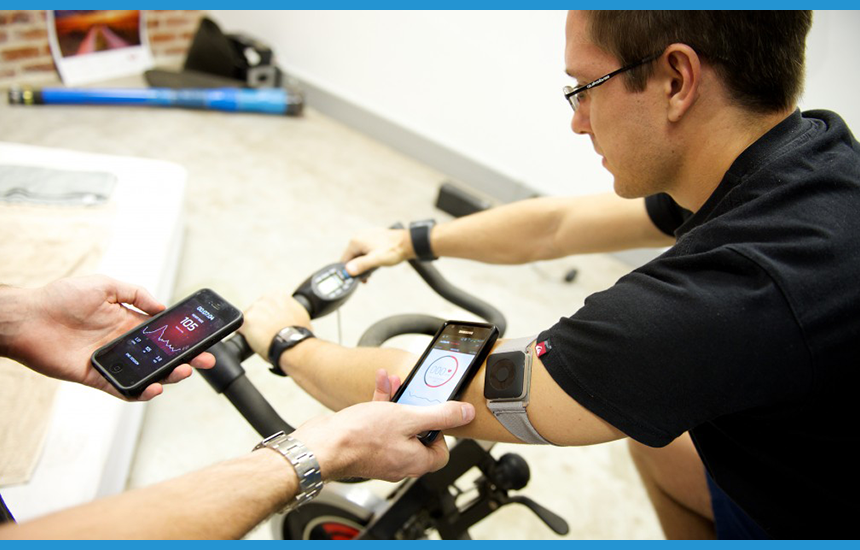 ADI offers the semiconductor expertise and LifeQ provides the bio-mathematical understanding needed to develop sensors that can make body monitoring devices even more effective in preventing, predicting and managing diseases. This, in turn, will impact how doctors and patients share information, interact, and make decisions about patient care. 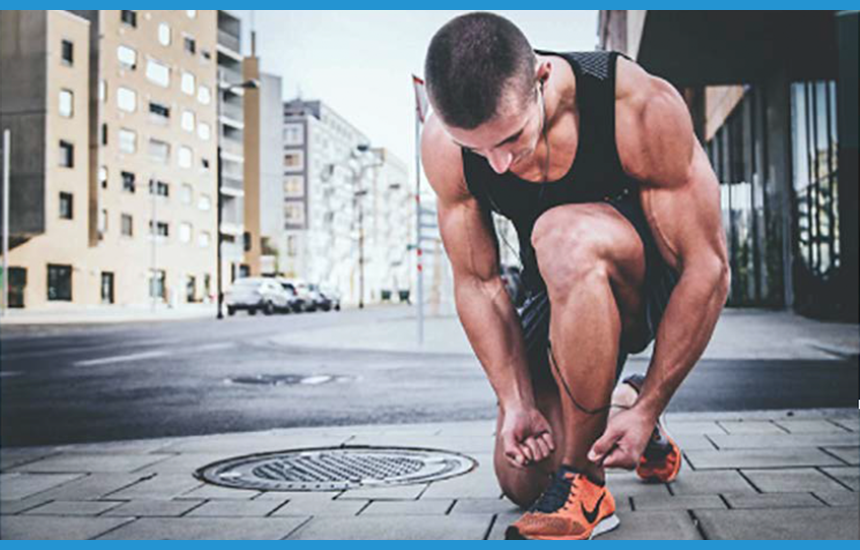 Get Fit, Get More Life Coverage

Life insurer 1 Life has joined forces with Samsung and technology company LifeQ, using biometric data from a fitness band to monitor the health of policyholders. 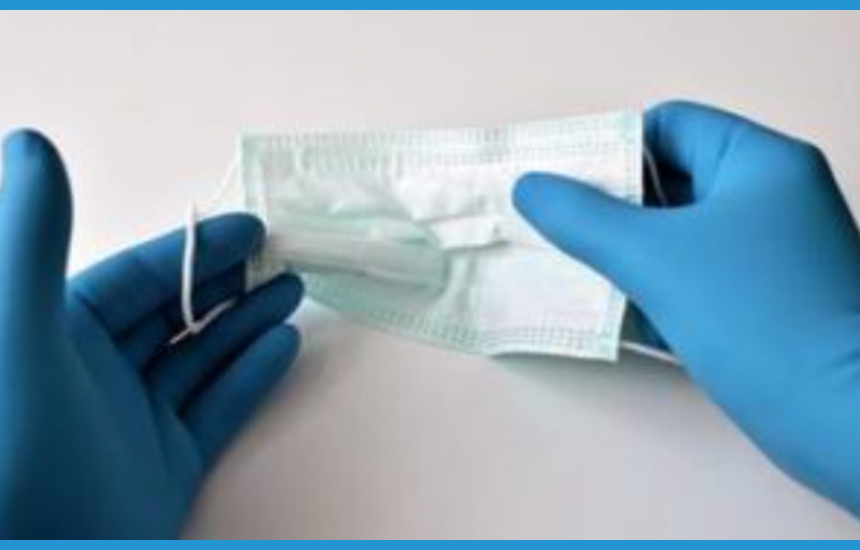 By leveraging a critical early warning and disease tracking system for COVID-19 in individuals via LifeQ’s wearable-based platform, businesses can better predict outbreaks and assist employees towards recovery.